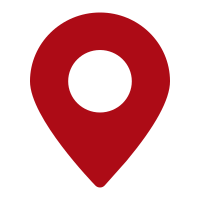 Pure spin current is an important research hotspot in spintronics today. Pure spin current refers to the spin transport process in which spin-up and spin-down electrons move in opposite directions, or the electrons do not move, but spins propagate forward in the form of waves. Since no net charge flow and stray magnetic field are generated in the transmission process, the spin current can transmit information with very little power consumption. So it becomes an important carrier of the new generation of information transmission. The research of pure spin current includes the generation, transportation and detection of pure spin current. Among them, the generation and detection of the spin current both involve the inter-conversion between the spin current and the charge current. For exploring new low-power device applications based on pure spin current, improving their efficiency, and integrating new devices with charge-based technologies, understanding the inter- conversion between spin current and charge flow is of critical importance. Spin Hall angle () and spin diffusion length () are the key parameters in describing the spin-charge conversion. Because of its importance, scientists have made great efforts to quantify these parameters in recent years, and there are many important articles published in PRL and Nature Physics. However, significant inconsistences in the reported values exist (as shown in Figure 1) even when the same technique and same material are used, which has caused great internationally controversy. Therefore, the characterization of these parameters has become one of the internationally recognized spintronics puzzles.

Professor Haifeng Ding 's group and Professor Di Wu 's group of the School of Physics collaborated with Professor Shufeng Zhang's group of University of Arizona and Professor Zhe Yuan 's group of Beijing Normal University to propose a self-consistent characterization method of spin Hall angle and spin diffusion length. In the experiment, the spin Hall angle and spin diffusion length are characterized by the spin-pumping-induced ISHE measurement (Figure 2A). The research group disentangle the ISHE signal from the unwanted thermal signals, spin rectification effects and other stray signals with the special designed geometries. The research group also directly characterized the precession angle of each sample directly related to the intensity of the spin current through the measurement of the microwave photoresistance, thereby directly obtaining the intensity of the spin current. The experimental results also show that the pumped spin current will have a certain loss when passing through the interface between the ferromagnetic material and the non-magnetic material, namely the interfacial spin loss (Figure 2B). The magnitude of the interfacial spin loss varies with different interfaces. Combined with theoretical analysis, the research group found that the interfacial spin loss can be quantitatively characterized by the different thickness dependence of the charge current converted by the spin current and the effective spin mixing conductance, and then the spin hall angle and spin diffusion length can be obtained in a consistent method. In this experiment, the two strong spin orbit coupling materials Pt and Pd which are most commonly used but also most controversial, were used for research. Through the combination of these two metals with different ferromagnetic materials Co, CoFe and Py (Permalloy), they found the spin Hall angle and spin diffusion length in Pt and Pd are independent of the selected ferromagnetic layer material (Figures 3 and 4), thus verifying the correctness and universality of the method. It was also found in the experiment that although the spin Hall angle of Pd is much smaller than that of Pt, the interfacial spin loss is almost zero when it is combined with materials such as Co and Py, which explains that Pd can give the spin orbit torque similar to Pt in previous experiments. This also provides new inspiration for the design of spintronics devices. In the past, most people focused on finding materials with large spin Hall angles, but in fact, the efficiency of the device can be effectively improved through the interface control, and its control space broad. These research results were published on Sci. Adv. 4, eaat1670 (2018). The doctoral students Xinde Tao, Qi Liu and Associate Professor Bingfeng Miao of Haifeng Ding’s group of the School of Physics are the co-first authors of the article, and Haifeng Ding and Di Wu are corresponding Authors. This work was supported by the National Key Research and Development Program, the National Natural Science Foundation of China and the Jiangsu Natural Science Foundation.

A Chinese version of this report can be found here.